Officials at Aussie mining company IBDH (India Bore Diamond Holdings) were surprised to learn that many of its signature “Ellendale” fancy yellow diamonds are displaying an extremely rare purple fluorescence when placed under ultraviolet light. 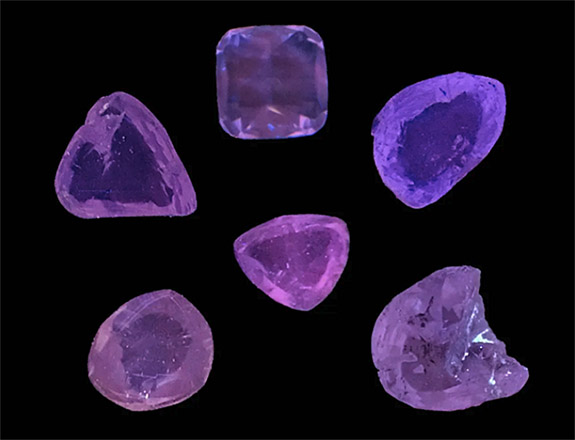 This is extremely unusual because violet or purple fluorescence is normally associated with blue diamonds.

The anomaly came to light when the Perth-based Delta Diamond Laboratory began taking a closer look at the alluvial diamonds found within the L-Channel at the Ellendale diamond field in the West Kimberley region of Western Australia. The lab quickly discovered that the yellow diamonds from that source were unlike any others.

“The purple color came as a complete surprise and may indicate that a new primary source of diamonds is nearby,” said IBDH spokesperson Patrick Stringer. “So far, we know that these special diamonds are contained within a specific area known as the L-Channel. We have a very detailed understanding of the L-Channel deposit, but we never expected to discover that brilliant fancy yellow diamonds would fluoresce purple.”

The miner explained that fluorescence occurs in about 30% of natural diamonds and more than 95% of these fluoresce blue, with yellow and green representing just a few percent. 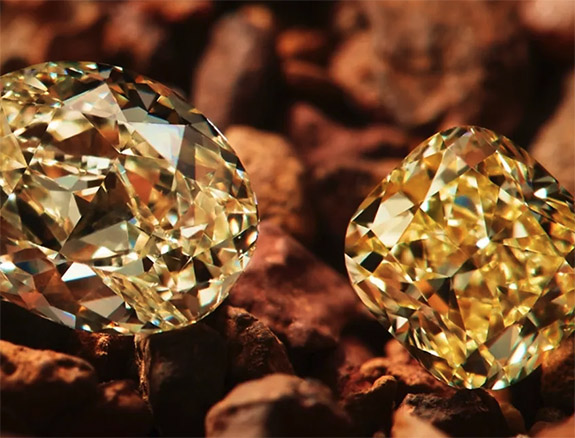 While the Ellendale hard rock mines were shuttered in 2015, a nearby alluvial was discovered by IBDH in 2017. The miner claims that the L-Channel deposit is estimated to contain 1.3 million carats of diamonds, including the world renowned Ellendale fancy yellows.

In January of 2020, IBDH exported its first batch of yellow diamonds to Antwerp for evaluation and appraisal by some of the world’s leading diamantaires.

Beyond the famous Ellendale yellow diamonds, IBDH has also sourced fine diamonds in a rainbow of other colors, including green, red, pink, brown, blue, grey, purple and violet.

The mining area is located 120 km east of Derby in Western Australia.